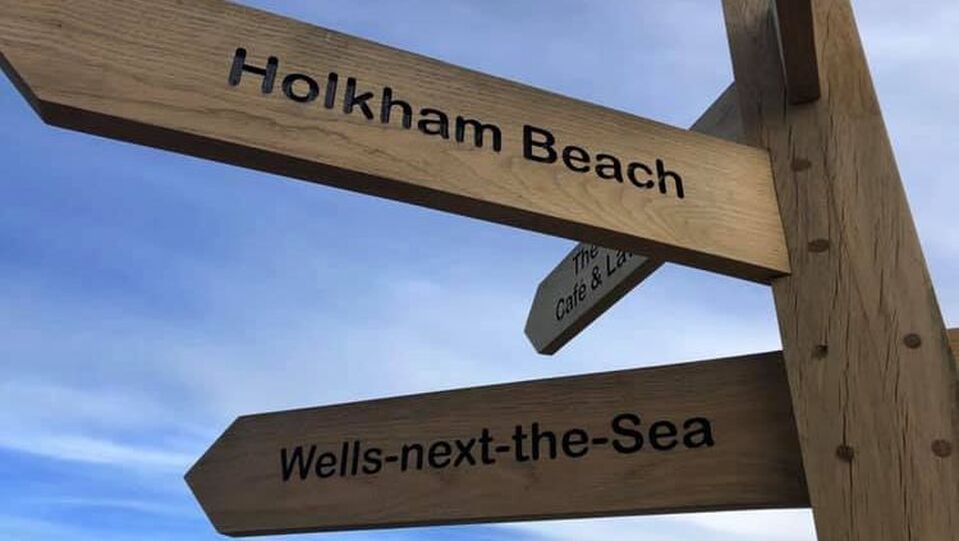 Wells-Next-The-Sea is a traditional seaside town on the beautiful North Norfolk coast. It's home to everything we love about the seaside - amusement arcades, hungry seagulls, fish 'n chips, ice cream and cockles. But it's also so much more, a most interesting and fascinating place, charming and picturesque, having lost none of its historical character.
The name Wells derives from the many clear spring wells that were found in the area. Wells became Wells-next-the-Sea in the early 1800's to distinguish the town from other places in Norfolk of the same name. Wells-on-Sea was also used, but in 1956, Wells-next-the-Sea became the town's official title and has been in use ever since.

Despite its name, Wells-Next-The-Sea is over a mile away from open water. In the late 16th Century, when the town benefited from much easier access to the sea, it was one of the major ports for the area. The town remains a commercially viable port today.

Wells has been a port for at least 700 years and was at its peak in the middle of the 19th century, when the quay was built. There were 3 shipyards in Wells in that century, and between 1801 and 1860, over 60 ships were built in the town. There were also many flourishing trades connected with ship building, including ropemakers, sailmakers and ship chandlers. Then, the primary trade was the import of coal, timber and salt, and the export of corn, barley and malt for breweries. One of the other main industries of the town at that time was malting.

The town is a delightful network of narrow streets, old alleys and yards, and boasts some impressive Georgian and Victorian architecture. Some of the buildings are hundreds of years old, including former coaching inns and public houses. Many are now listed buildings.

The Parish Church of St. Nicholas dates from about 1460. It was burnt down in 1879 after being struck by lightning but was skillfully and carefully rebuilt.